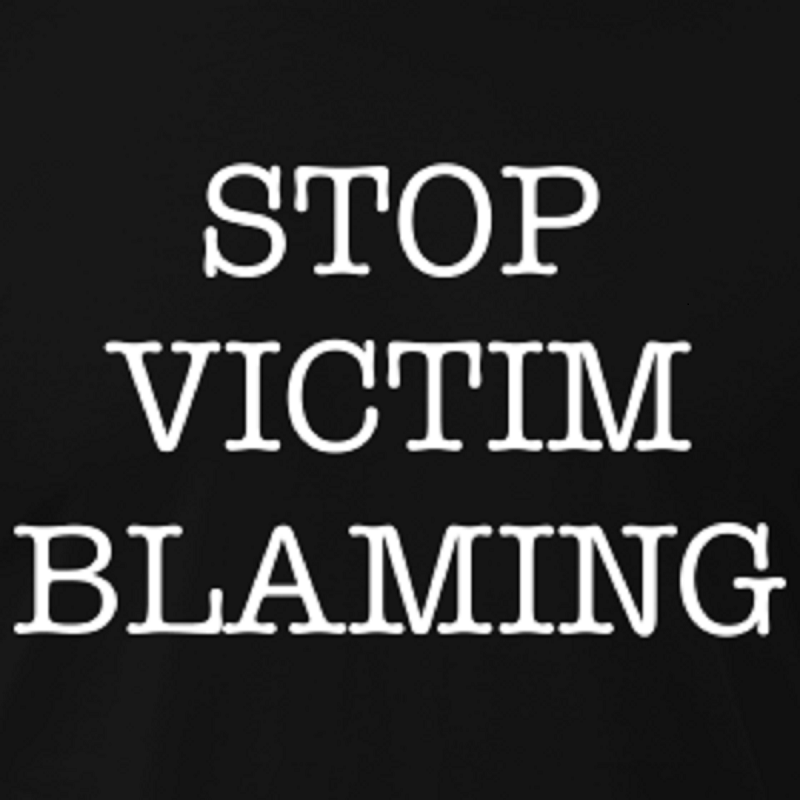 It is hard enough for victims of Domestic Abuse and Sexual Abuse to prove their case in court, yet a judge sees fit to label a 13 year old victim a ‘sexual predator’. The perpetrator of the sexual abuse was a 41 year old male by the way. The mere fact that this youngster is a child makes her ‘vulnerable’ which is why we have the child protection act in the first place isn’t it?

As a Counsellor I have worked with both adults and young people who have suffered at the abuse of others. Their biggest question is often ‘why me?’, in other words what was/is so wrong with me or what did I do that this person needed to hurt me in this way? Note the ability of the victim to blame themselves. I think I speak for most professionals when I say you can try to tell them till you are blue in the face that it is not their fault but they struggle so much to believe it. Their thought process will often come back to “If only I hadn’t ……………………..”.

Making a report regarding abuse can be so distressing that many victims feel unable to come forward – particularly due to the fact that they doubt they will be believed. Having to relive their experiences and try to formulate the words to describe what happened to them is traumatic enough, let alone the physical evidence gathering and the cross examination if (and it’s a big if) it actually gets to court. These people that put themselves through this do not do it lightly. They do it to get justice for themselves and their families for what they have lost. They do it to protect others from the same fate. They do it because they feel they need to try to gain a sense of self respect and worth. They don’t do it to be told ‘it was your own fault’. This young girl expected to be protected and get justice from the adults around her – the man walked free after pleading guilty!

We live in a world where we have the basic human rights; to feel safe and to be treated with dignity and respect. We also have the right not to be responsible for others behaviour and actions – just how does a 13 year old young girl become responsible for the behaviour of a 41 year old male?

Womens News has the full story here regarding the judge and his comments.

Everyday Victim Blaming are an organisation that believes the focus should less on changing womens behaviour to avoid getting hurt and more on the perpetrators responsibility. They have started a petition here for the CPS to look at the language of the judge in this case.

About the Author: Sam Horrocks